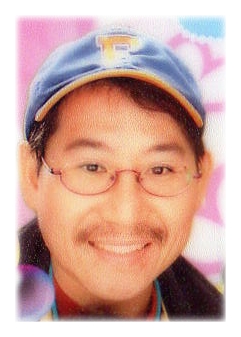 Shiuh-Jeng Wang was born in Taiwan, 1967. He received the M.S. degree in Applied Mathematics from National Chung-Hsing University, Taichung, Taiwan, in 1991. He received his PhD degree in Electrical Engineering at National Taiwan University, Taipei, Taiwan in 1996. He is currently with Dept. of Information Management at Central Police University, Taoyuan, Taiwan, where he directs the Information Cryptology and Construction Laboratory (ICCL, http://hera.im.cpu.edu.tw). He was a recipient of the 5th Acer Long-Tung Master Thesis Award and the 10th Acer Long-Tung Ph.D Dissertation Award in 1991 and 1996, respectively.
Dr. Wang was a visiting scholar of Computer Science Dept. at Florida State University (FSU), USA in 2002 and 2004. He also was a visiting scholar of Dept. of Computer and Information Science and Engineering at University of Florida (UF) in 2004, 2005, 2010 and 2011. He served the editor-in-chief of the journal of Communications of the CCISA in Taiwan from 2000-2006. He has been elected as the Director of Chinese Cryptology and Information Security Association (CCISA) since 2000. Dr. Wang academically toured the CyLab with School of Computer Science in Carnegie Mellon University, USA, in 2007 for international project collaboration inspection. He is also the authors of eight books (in Chinese versions): Information Security, Cryptography and Network Security, State of the Art on Internet Security and Digital Forensics, Eyes of Privacy Information Security and Computer Forensics,Information Multimedia Security, Computer Forensics and Digital Evidence, Computer Forensics and Security Systems, and Computer and Network Security in Practice, published in 2003, 2004, 2006, 2007, and 2009, respectively.
Prof. Wang has published over 200 papers in referred Journals/Conference proceedings/Technique reports so far. He is a full professor and a member of the IEEE, ACM. His current interests include information security, digital investigation and computer forensics, steganography, cryptography, data construction and engineering. He served a lot of academic and reputable journals in the position of guest-editors. He is currently the corresponding editor- IEEE J-SAC (IEEE Journal on Selected Areas in Communications),